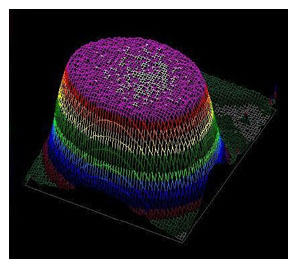 SEM of homogenized craters in zircon.

APLI (Atmospheric Pressure Laser Ionization) is a breaking ionization method with unrivalled sensitivity and selectivity for demanding applications such as the determination of PAH at low concentrations, polymer research, etc..


The ionization is performed via a two-step absorption process which is more selective than the conventional one-step ionization process exhibited through APPI (Atmospheric Pressure Photo Ionizaition). A further benefit  is that APLI can be used for non-polar compounds whereas APPI and APCI (Atmospheric Pressure Chemical Ionization) are both restricted to the analysis of polar molecules. Using APLI for PAH determination, a S/N >100:1 can be achieved at a concentration of 1ppb. 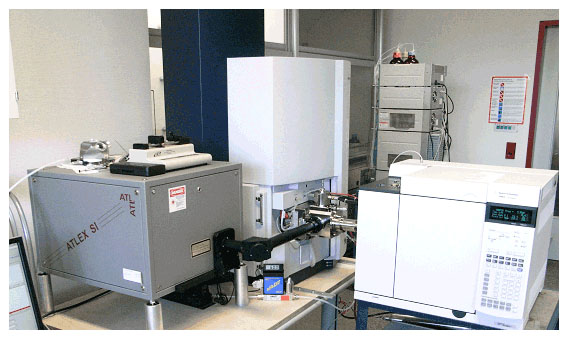 The LAAPTOF (Laser Ablation of Aerosol Particles Time Of Flight Mass Spectrometer) is a single particle aerosol mass spectrometer. The LAAPTOF records size and bipolar time of flight mass spectra for individual particles. The inlet system efficiently transmits particles of up to 2.5 µm, which are analyzed at a frequency of up to 300 Hz.


Applications of the LAAPTOF range from analytics of environmental and laboratory aerosols over industrial operation to fundamental research. Unlike instruments which analyze several particles at once, the LAAPTOF provides detailed information on chemistry and size of individual particles. It is therefore able to distinguish between internal and external mixtures of particles. This is vital to control processes to synthesize aerosol particles, which often need to produce chemically homogenous populations. 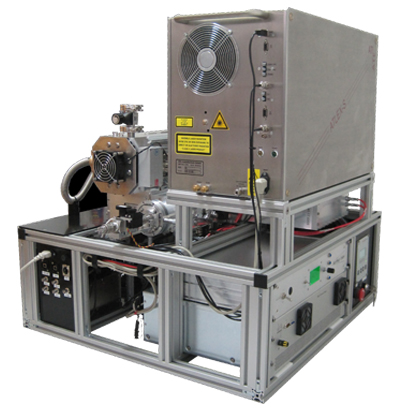